Discussion Panel of PSG during the 23rd Gazterm Conference

Polska Spółka Gazownictwa, Gazterm Conference partner in Międzyzdroje, organized a panel entitled “Biomethane: The Fuel of the Future and its Place in Poland’s Energy Transformation.” 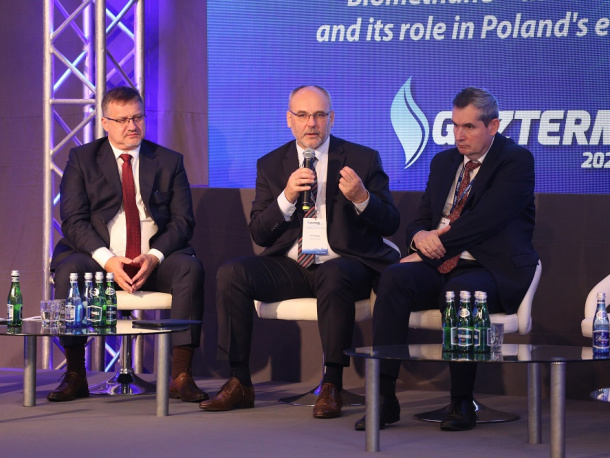 The PSG panel was attended by The Secretary of State in the Ministry of Climate, Piotr Dziadzio; the Chairman of the Supervisory Board of Polska Spółka Gazownictwa, Jarosław Wróbel; the President of the Management Board of Polska Spółka Gazownictwa, Ireneusz Krupa; the Deputy Director General of the National Agricultural Support Center, Wojciech Kędzia; Prof. Dr. hab. Jacek Dach from the University of Life Sciences in Poznań; and Dr. hab. Alina Kowalczyk-Juśko from the University of Life Sciences in Lublin. The meeting was moderated by Wojciech Jakóbik, editor-in-chief of BiznesAlert.pl.

During the discussion, President Ireneusz Krupa presented the strategic plans of Polska Spółka Gazownictwa for the distribution of natural gas with an admixture of biomethane.

“Biogas plants have been developing for many years, and currently, biogas is primarily used to produce electricity. We are facing a complete change in the way it will be used. We would like to introduce additional amounts of biomethane to the distribution system, which will replace some of the gas that is currently being transported” said President Krupa.

Nowadays, no one has any doubts that the gas demand balance will increase and that we can supplement it with biomethane

Ireneusz Krupa, President of the Management Board of Polska Spółka Gazownictwa

Mr. Krupa explained that Polska Spółka Gazownictwa examined the preparation of gas infrastructure for the introduction of biomethane, the feasibility of expanding the distribution network using a biomethane plant, e.g., in rural areas, and the potential to supply distributed energy with this fuel, as well as locating possible sources of substrates for the production of biomethane.

Members of the Management Board of Polska Spółka Gazownictwa and representatives of the company’s management team took part in the 23rd Gazterm Conference, which was held in Międzyzdroje from September 27 to 30 under the slogan “Three Seas Gas Summit: Security, Integration, and Transformation.” 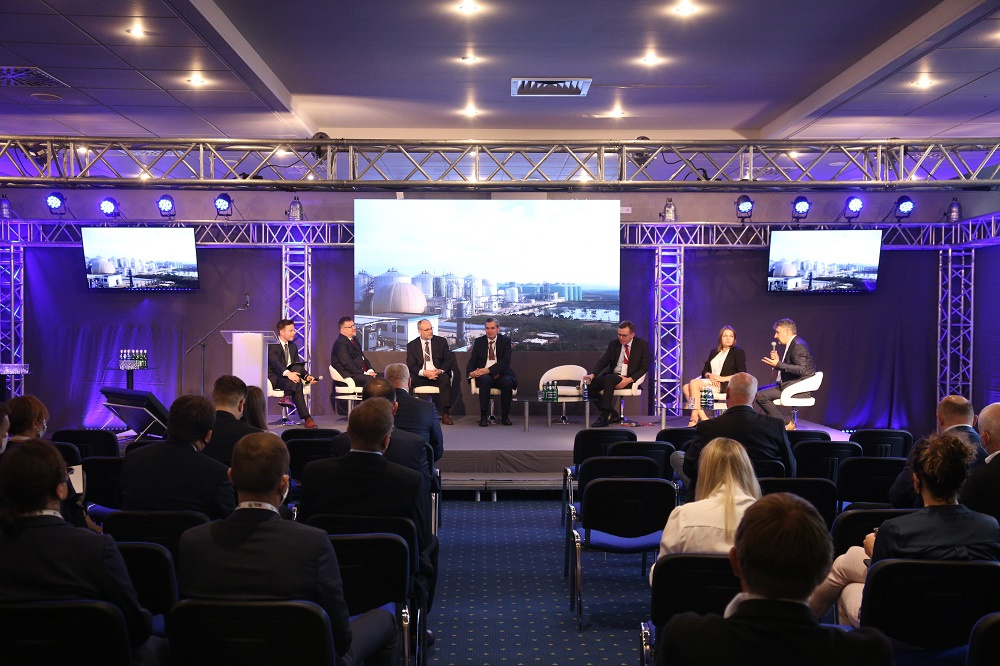